Australasian Society for Intellectual Disability (ASID) has a clearly stated mission; this statement of intent is reviewed each year by the Board, and it is from this mission statement that all activities of the society flow.

The goals of the Australasian Society for Intellectual Disability are: 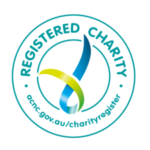 Following the first conference of the International Group for the Scientific Study of Mental Deficiency in Copenhagen in 1964, the fifteen Australian delegates to the conference held a meeting to establish the first Australian organisation of professionals in the field of developmental disability. Established as the Australian Group for the Scientific Study of Mental Deficiency (AGSOMD), the group had 41 founding members, and held their first conference and general meeting in Melbourne, during October 1965. The organisation had a rapid growth, with membership of the organisation increasing to 278 in 1970, including members in every state of Australia as well as in New Zealand.

In 1969, the original bulletin was replaced with the AGSOMD Bulletin, which in turn was replaced by the Australian Journal of Mental Retardation in 1970. It is this journal, now titled the Journal of Intellectual and Developmental Disability that is recognised as one of the leading journals in the field. Functions that were performed by these earlier bulletins have now been enhanced through the creation of a national quarterly magazine ‘Intellectual Disability Australasia’, and an electronic discussion list, ASSID-L.

An international association, ASID is still committed to the ideals that led to its creation;

As in the 1960’s, ASID continues to operate as a professional association, a coalition of people united through their interest in intellectual disability, through which ASID provides a conduit and forum for the free exchange of views and ideas.

In 2002, a history of ASID was undertaken by Gaye Sheather of the University of Newcastle.

View a copy of this thesis